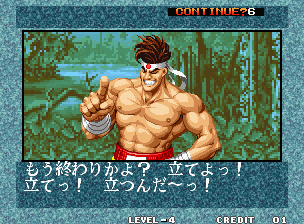 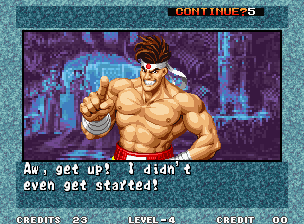 The English isn't as exciting as the Japanese for a change! Joe just screaming "GET UP" at his knocked out opponent is a great image that's completely lost. Very sad.

Otherwise this is pretty straight. 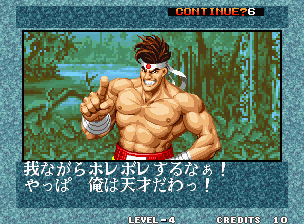 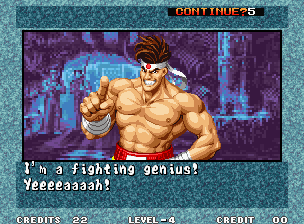 Also basically the same, though the English drops a bit of Joe's self-aggrandizement. 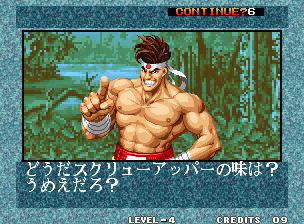 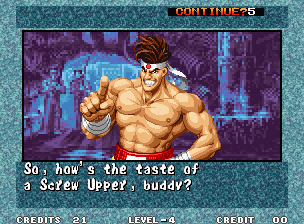 I'm sorry, the win quotes don't seem to have gotten a lot of polish, which means they're usually just boring... 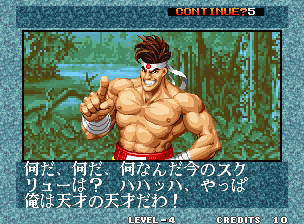 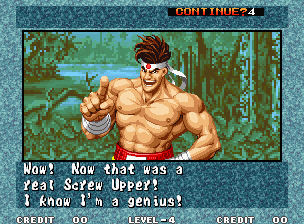 The English, as usual, loses the idea that the character had no idea they could do the hidden move until it happened. It also loses the "genius among geniuses" bit, which is really sad.

Joe does still sound impressed with himself, and that's the important thing.