Wouldn't it be cool if he randomly showed up hunting Yamazaki in a KoF? Even as a background cameo? Yeah, that would be cool.

SPECIAL NOTE: Yeah, Upthorn did these as well. He's a cool dude. 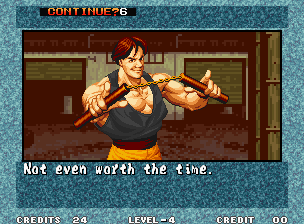 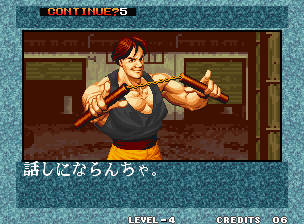 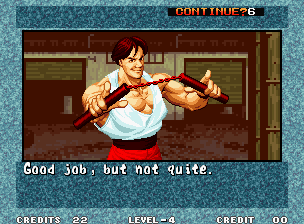 Hon Fu's straight compliment turns into some mild criticism. It's a pretty generic line either way. 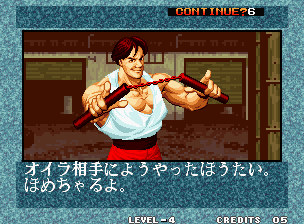 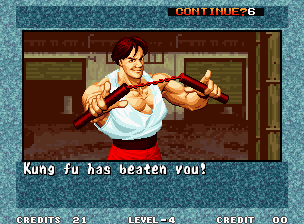 The English feels like a joke I'm not getting. It specifically feels like someone quoting a bit of purposefully-mangled English, or perhaps just going for that feel. I don't recognize the reference if there is one, though.

Anyway it's replacing a very generic line in Japanese. 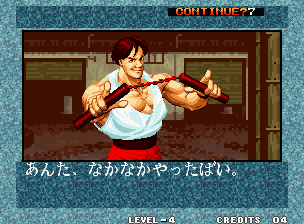 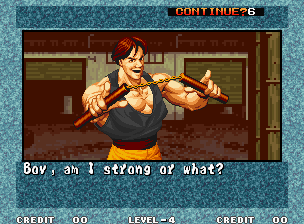 Kishi got all the hidden supers for me, because I am bad at fighting games....but Upthorn did the text this time.

Unlike most of the other wins with hidden supers, this is...pretty straight. It's a reasonable alternate translation of the Japanese.