His special skill is listed as cooking in FF3, before it changes to dressing up for Real Bout. I wonder if he and Rock ever swap recipes? 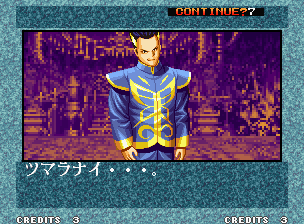 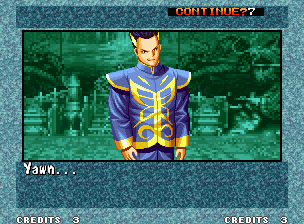 Generic. Just saying "yawn" is kind of cute, though.

One thing to note is that Chonrei's win quotes are all katakana. It makes him sound kind of foreign...like maybe he's supposed to have more of an accent than his brother (who speaks perfect Japanese/stated English). His lines in-story are all-hiragana, which isn't as unusual but still a little odd. 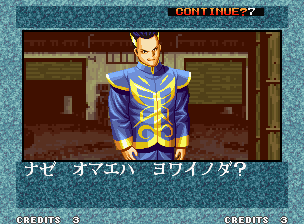 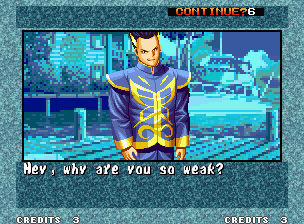 I swear I didn't copy my translation from the official version, it's just that Chonrei didn't get a lot of editor attention. 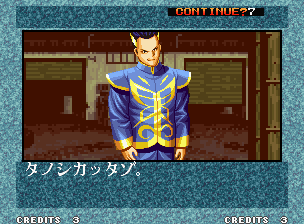 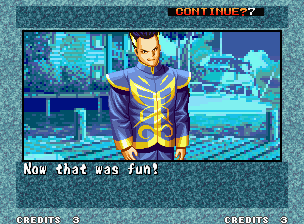 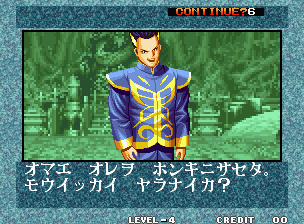 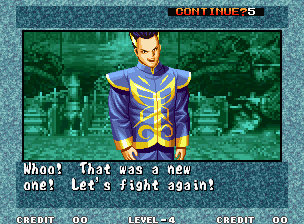 It's interesting that Chonrei is the one character I've seen so far that expresses surprise at his hidden move in English...and it's not there in the Japanese. Huh. It's also the line that's by far the most different from the Japanese in general, considering how dry and literal the rest of Chonrei's win quotes are.